skip to main | skip to sidebar

This website is dedicated to shedding light on the unjust imprisonment of one of Nigeria's most beloved Hausa movie producers and political activists: Iyan Tama. 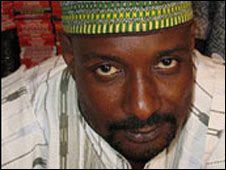 Free Iyan-Tama has recently been informed that Alhaji Hamisu Iyan Tama has had two felonious charges brought against him by a Kano state judge. Iyan-Tama has been ordered to at least 3 months in jail as well as a fine of 300 000 naira; along with this Iyan-Tama faces a fine of 10 000 naira or an additional 12 months in prison.

This sentencing comes after a lengthy process that began in May of 2008. The ruling was presided over by judge Mukhtar Ahmed in a special mobile court created to oversee cases associated with the censorship regime of the Kano Censorship Board. The judge put an end to the trial and passed this sentence after becoming impatient with the prosecution's inability to present witnesses in a timely fashion.

The entire situation has long been viewed by many as a political response to Iyan-Tama's contestation of thef gubernarial position in Kano state currently held by Malam Ibrahim Shekarau. As stated by Iyan-Tama in an interview with Leadership Nigeria earlier this year:

"The whole issue of my arrest is political, designed to humiliate me. You know, I contested the election against Malam Shekarau last year. Since then I have openly opposed some of his policies, which is in the interest of the good people of Kano State. And they know I still intend to contest the governorship election in 2011.

"But even though I disagree with them over the censorship laws, I refused to break any law. I shot the movie in Kaduna to prove that I am law-abiding. The US embassy premiered it in Abuja. And the film is not on sale anywhere in Kano. My production company was registered with the Corporate Affairs Commission. I decided not to renew my registration with the state censorship board because I have secured an office in Abuja, where I am planning to move."

The situation becomes increasingly sinister as there are reports of a plot to murder Iyan-Tama during his three month incarceration. It has become clear that the Kano Censorship Board believes it has a mandate to take any action regardless of constitutional legality, ethics or religious morality.

Thank you for this blog! This story should be front page news. Ya kamata kowa ya kalubalanci wannan maketacin hukuma da aikin banza da take yi. Allah ya taimaka!

Congratulations! this blog is very interesting and has information most important we invite you to visit our site. Prices will amaze you Great investment opportunity at Costa Rica Pacific Coast, costarica real estate ,retirement in costa rica, costa rica condominiums. Visit us for more info at: http://www.Costa-RicaRealEstate.com

thanks for creating this blog as we need info on this bizarre case. iyan tama is a great artist who deserves red carpet treatment in kano and not in the penitentiary.
do visit my blog here myabubakar.blogspot.com if you have the time.
thanks

Actually Before, I was hundred percent behind the Shekarau's Administration the way it is doing its own things, but now I have to say "Allah ya raka taki Gona". Just yesterday (14/04/09) I was reading Sahara reporters online, they have sent a shocking story telling us how Shakarau, his administration, Police force and former President Obasanjo were involved in the killing of our cleric Sheikh Jafar Adam, all in the name of politics. Obasanjo supported him in exchange of helping Yar'adua to defeat Buhari in Kano in the last 2007 election. this is very redicolous Shekarau believe that Malam Jaafar has the capacity to dent especially on his massive siponing of Governement Treasury in the name of Adaidaita Sahu, no wonder Shaeikh Jafar had quit from the group of Clerics that have backed the project. while reading this blogs and story on Iyantama my mind tells me Shekarau can do anything on anybody that comes to his way. He is after Iyantama simply because he came out boldly to contest for Governorship of Kano state. so like MAlam Jaafar simply because he is against him, and he know Malam has the massive followeship in Kano and even beyond and with information at his hand he might have use them prior to election and expose him, thereby leading to his down fall in the last election, so he has to get rid of him as he did....!!! Shaekarau is a silent killer!!!!! in Hausa we call such people Duku-duku kashe mai wayo!!!!! But sooner or later the truth will come Insha Allah. I am using this blogs to call on government to pls release this gentle man that wanted to see the progress of Hausa, its culture and religion. May Allah guide us in a right path.

Congratulations! this information it is very interesting, I invite you to visit my site about Costa Rica Real Estate and Retirement in Costa Rica and you will find both. Prices will amaze you have a great investment opportunity to invest in Costa Rica Pacific Coast.
Visit us for more info at: http://www.Costa-RicaRealEstate.com

Hello.. Firstly I would like to send greetings to all readers. After this, I recognize the content so interesting about this article. For me personally I liked all the information. I would like to know of cases like this more often. In my personal experience I might mention a book called Green Parks Costa Rica in this book that I mentioned have very interesting topics, and also you have much to do with the main theme of this article.

What is income protection insurance said...

This website is dedicated to shedding light on the unjust imprisonment of one of Nigeria's most beloved Hausa movie producers: Iyan Tama.

He was imprisoned for allegedly disregarding censorship laws imposed by the Kano Censorship Board on the Hausa movie industry.

His ground breaking movie, Tsintsiya, has in fact been approved at the federal level and is hailed by critics as an important landmark in the development of social peace in Nigeria.

Funded partially by the U.S. Embassy in Nigeria as part of an anti-violence and cultural tolerance campaign, Tsintsiya is a modern day Nigerian adaptation of the movie West Side Story.

Contact your local politicians, Nigerian embassies and media outlets to express your support for Iyan Tama and cultural peace and acceptance in Nigeria. 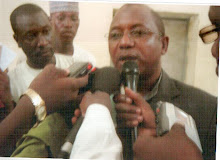 "...even though I disagree with them over the censorship laws, I refused to break any law. I shot the movie in Kaduna to prove that I am law-abiding. The US embassy premiered it in Abuja. And the film is not on sale anywhere in Kano. My production company was registered with the Corporate Affairs Commission. I decided not to renew my registration with the state censorship board because I have secured an office in Abuja, where I am planning to move." 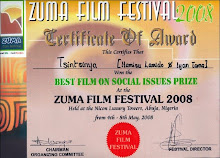